Was built in the 1840’s, one of the early homes built in the Castlereagh district being one of the picturesque Macquarie 5 towns, Vine Cottage was originally located along the Nepean River at a spot known as birds eye corner.

Built by the Purcell family and surviving being submerged in 2 major ﬂoods it was eventually acquired by the Penrith quarry and used as an ofﬁce from around the 1950’s onwards .

In the late 1990’s after the building had fallen into disrepair, suffering from rising damp, it was to be removed to make way for the 2000 Olympic Games.

Local man Bob Dennis (specialist in recycled building materials, supplying the heritage trade) saw this as a piece of history to good to waste and thought all the pieces should be kept together, so in a matter of days he dismantled the building brought it to his property & over the next 10 years he reconstructed Vine Cottage to its original format, salvaging all the material he could. It stands today as it did almost 180 years ago.

Nestled deep in the heart of Castlereagh,Vine Cottage is now part of the beautiful Munbilla Victorian property

That was laboriously constructed over the past four decades by the Museum’s curator and property owner, Bob Dennis. Originally an orchard farm at the turn of the 20th Century, the ten acre property has been developed into a wonderful homestead all built with authentic convict brick and stone. Vine Cottage exhibits a wide range of antique tradesman’s tools dating back to the early colonial era.

Situated on 10 acres the stunning grounds are a piece of art in their own right, ﬁlled with Australian native gardens & bird life.

Some of the features to the property include the intricate cast iron gazebo which stands on a sandstone base, a 4 tier water fountain, the rustic blacksmiths workshop housing a wider collection of early tradesman’s tools, a timber viewing platform at the rear of the property which showcases the panoramic views of the Blue Mountains and Penrith Lakes and an incredible sold sandstone front fence spanning the entire width of the property. Also part of the grounds are 2 private homesteads and various other buildings all constructed using original materials in the Victorian style

“There is something very special about this place you simply feel right at home and don’t want to leave” – says a customer.

The “Munbilla” property has become a life’s work for the owners Bob & Carol Dennis who have now owned it for more than 40 years and raised their family there. Bob & Carol have turned this once vacant ground into the masterpiece it is today through a love and respect for history, an incredible talent for building & a tremendous amount of hard work.

Vine Cottage remains a family owned business & is now run by the owners daughter Amy. After growing up at this ever evolving property Amy has a huge amount of pride in it & is very pleased to be able to share how spacial it is with others on their big day.

Vine Cottage provides comfortable seating both inside the museum as well as outside in the beautifully groomed garden.

The museum is comfortably air-conditioned at all times and is disabled friendly with full access and amenities. Vine Cottage Tool Museum and Tea Room is located less than 10 minutes north of Penrith and 15 minutes south of Richmond 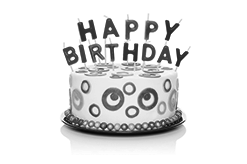